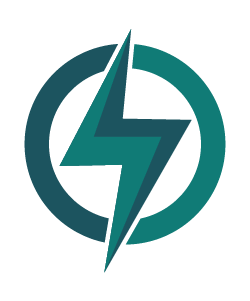 Local electricians complete many projects for residential customers. Some customers have recently bought an older house and want electrical upgrades. Others have lived in their home for a long time and realize they need some changes to the system. With significant increases in power usage over the years because of so many newer electrical products, upgrades to older homes usually are advisable.

Some older houses only have one outlet on the exterior of the building. That's inconvenient when residents want to plug in devices on the other side of the home. Another upgrade might be the installation of lighting on a screened-in porch.

Motion lights could be installed on the front of the house or garage. These function as security features and also allow visitors to see better when arriving in the dark. The household residents don't need to waste electricity by leaving an outside light on while waiting for their company.

Someone in the household may have turned a spare bedroom into an office. The lack of sufficient outlets might be a problem since the room's wiring was only expected to power a lamp or two originally.

Now, though, the outlet near the desk has a power strip plugged in, providing electricity to several devices. That puts too much demand on the wiring there, particularly when a higher-wattage device is included. A computer doesn't draw much electricity, but a lamp equipped with an incandescent bulb requires substantially more. In cases like this, an electrical upgrade may be necessary to ensure the wiring in the room can sustain the needed usage.

Throughout the building, other problems may have become evident. For instance, if running the microwave when the overhead light is on blows a fuse or trips a breaker, then there is an electrical problem. The same might be true when someone tries to run a space heater. Additional circuits may be necessary.

Electricians will want to replace old standard outlets located near water sources with ground fault circuit interrupter versions. These devices are installed in kitchens, bathrooms, and laundry rooms. In those rooms, water increases the risk of a dangerous shock. Only one GFCI outlet is required per circuit, but kitchens typically have several circuits because of the high power demands.

When dealing with these issues in an older house, it's time to contact a local electrician like Palmer Electric Inc. and schedule an appointment.